Please complete the form below to purchase, ask a question, or enquire about this item: 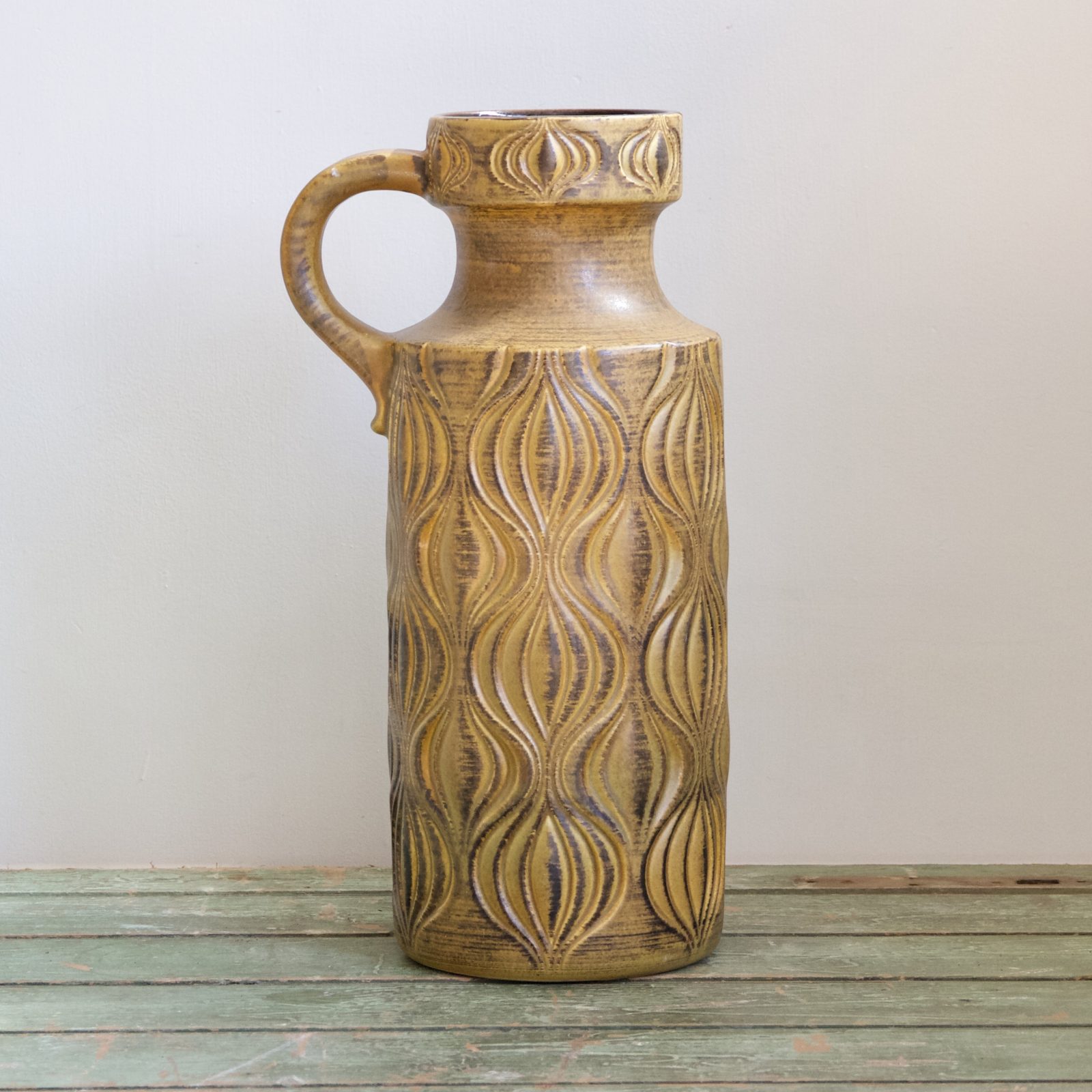 A vase from German Pottery manufacturers Scheurich Keramik. Produced towards the end of the 1960s or beginning of the 1970s the ‘Amsterdam’ design became an instant classic and was meant to reflect the national flower of the Netherlands, the tulip, however, it is often referred to as the ‘onion’ pattern. Model/shape number 485-45.