The Gasworks brew bar is located next to HOME in Manchester, For the Gasworks painting project our brief was to create a well worn rusted metal hull with added bolts to enhance the effect. We used a mixture of Annie Sloan Chalk Paint ™and waxes to create both colour and texture. The colours we used are 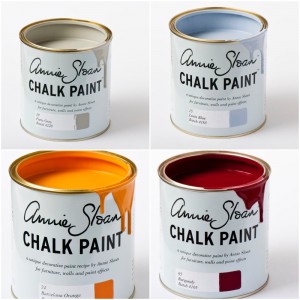 When using these paint we also used the Annie sloan paintbrushes, these are just a bristle brushes what are useful to use when working with this Annie Sloan chalk paint. They can hold a lot of paint and also there split ends which help to paint expressively. 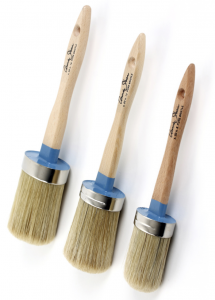 This project brought some difficult task we had to overcome, for example we had to use newspaper to dab on the paint to give the effect that it is rusting away, As if the paint is wearing off on the surface.  We also had to take the nuts and bolts into consideration. This became a problem because they were still new, to add the effect that they were old and rusty we used a dark wax that helped to add the effect. 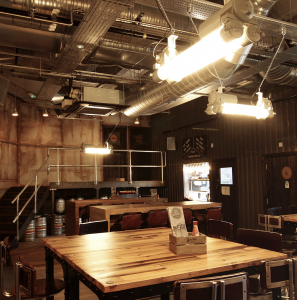 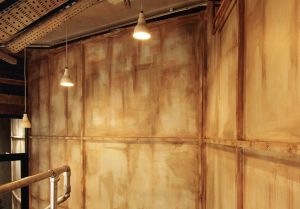